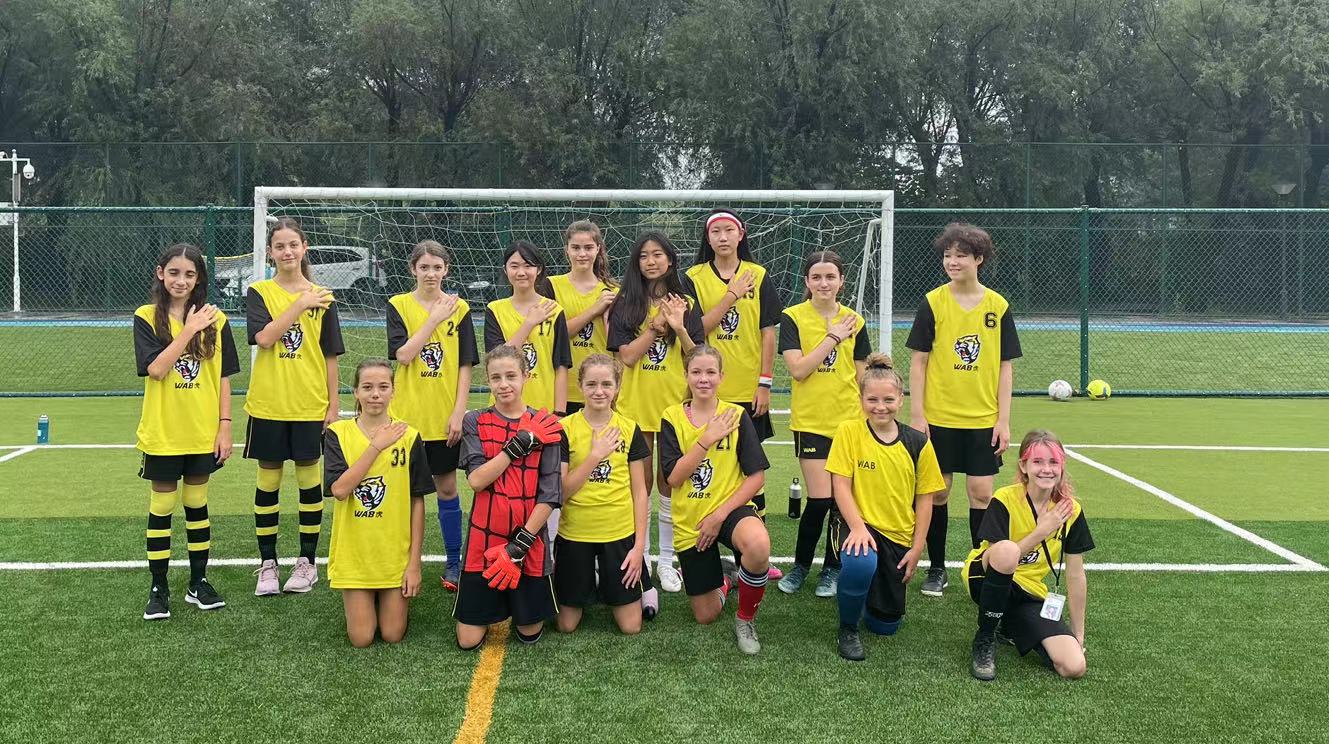 The grade six and seven girls’ soccer team got off to a successful start to the season after only one training session. The girls made the long drive up to ISB full of curiosity about their opposition and what the first game of the season would look like.

Luckily, our one training session focused on passing the ball and maintaining space. ISB hosted with a wide field which allowed WAB girls to take advantage of the space provided to them. As ISB flocked to the ball, WAB were able to pass around their opposition and create goal scoring opportunities for themselves. Nerves were put at ease as we scored some early goals. At half-time, plenty of substitutions were made so that everybody had equal playing time. In goal, Clara was tested a couple of times, but made some good saves to keep her clean sheet. A few more goals were added in the second half to give WAB a healthy 7-0 victory.

A few days later, we gathered early on Saturday morning for our first tournament of the season. Unfortunately, with only a short and narrow field available, WAB were forced into an unfamiliar playing style. With 16 players for only 7 on-field positions, the girls displayed good patience for their game time, and every player gave their all on the field. We scored plenty of goals in all our games, but unfortunately, we conceded more and lost all three games. Spirits were not dampened, and we had a great karaoke session on the bus ride home.